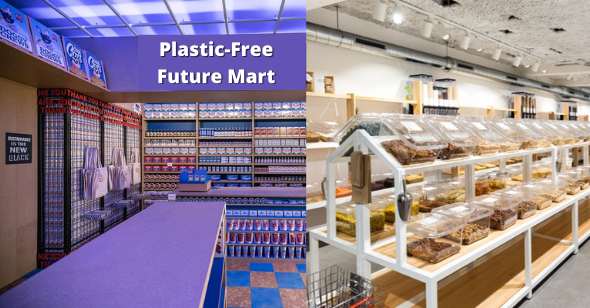 Marketing Dive reports that Coors Light will remove plastic rings from packaging in markets where parent Molson Coors operates, according to a news release. The company said the move to fully recyclable and sustainably sourced cardboard carriers will make it the largest beer brand in North America to cut out the use of plastic rings.

Molson Coors is investing $85 million in the push, with a focus on upgrading machinery to transition its North American portfolio to the more eco-friendly carriers by the end of 2025. To promote the change, Coors Light is opening a “Plastic-Free Future Mart” pop-up experience in Brooklyn, New York, from March 2-6.

The activation for consumers 21 and older envisions a world free of plastic and showcases the new cardboard carriers, which are expected to arrive at retailers later in 2022. It’s the latest sign that brands are looking to more closely wed sustainable initiatives with marketing to win over the growing number of cause-minded consumers.

What will be the work of Coors Light?

Coors Light is trying to transport consumers to a world where plastic plays a smaller role with the Future Mart pop-up shop. While the activation is targeted at a limited market, it demonstrates how the brand can engage shoppers with a tactile experience that puts its sustainability agenda front-and-center.

That agenda is likely to play a more prominent role in consumer-facing messaging as parent company Molson Coors transitions its broader beverage portfolio away from plastic. Environmental concerns top the list of causes key demographics like Gen Z and millennials care about, suggesting Coors Light is looking to win over younger cohorts that have gravitated away from beer in favor of wines, spirits and hard seltzer.

Along with showcasing the new Coors Light cardboard carrier designs, the Future Mart space displays conceptual products like a branded take on pancake mix and cereal, along with a Rocky Mountain News rack drawing on the label’s iconography. Aesthetics for the venue appear to carry a midcentury influence, but the construction is modern. The store is built from plastic-free and fully recyclable materials, including brewery scraps, according to Coors Light’s website.

Molson Coors, which also owns Miller Lite and Blue Moon, posted annual revenue growth for the first time in a decade in earnings released last week. Net sales were up 14.2% to $2.62 billion in the fourth quarter. On a call discussing the results with analysts, executives said marketing spending had picked up with the return of live sports and other events, and that the first half of 2022 would continue to be busy.